As the year’s first major red carpet event, the 2020 Golden Globes had a lot to offer. While the awards ceremony may have been the main event, you can’t deny that most of us were just as excited to see the designer attire on many of our favourite celebrities. We’ve compiled a list of a few of our favourite looks from the star-studded night! 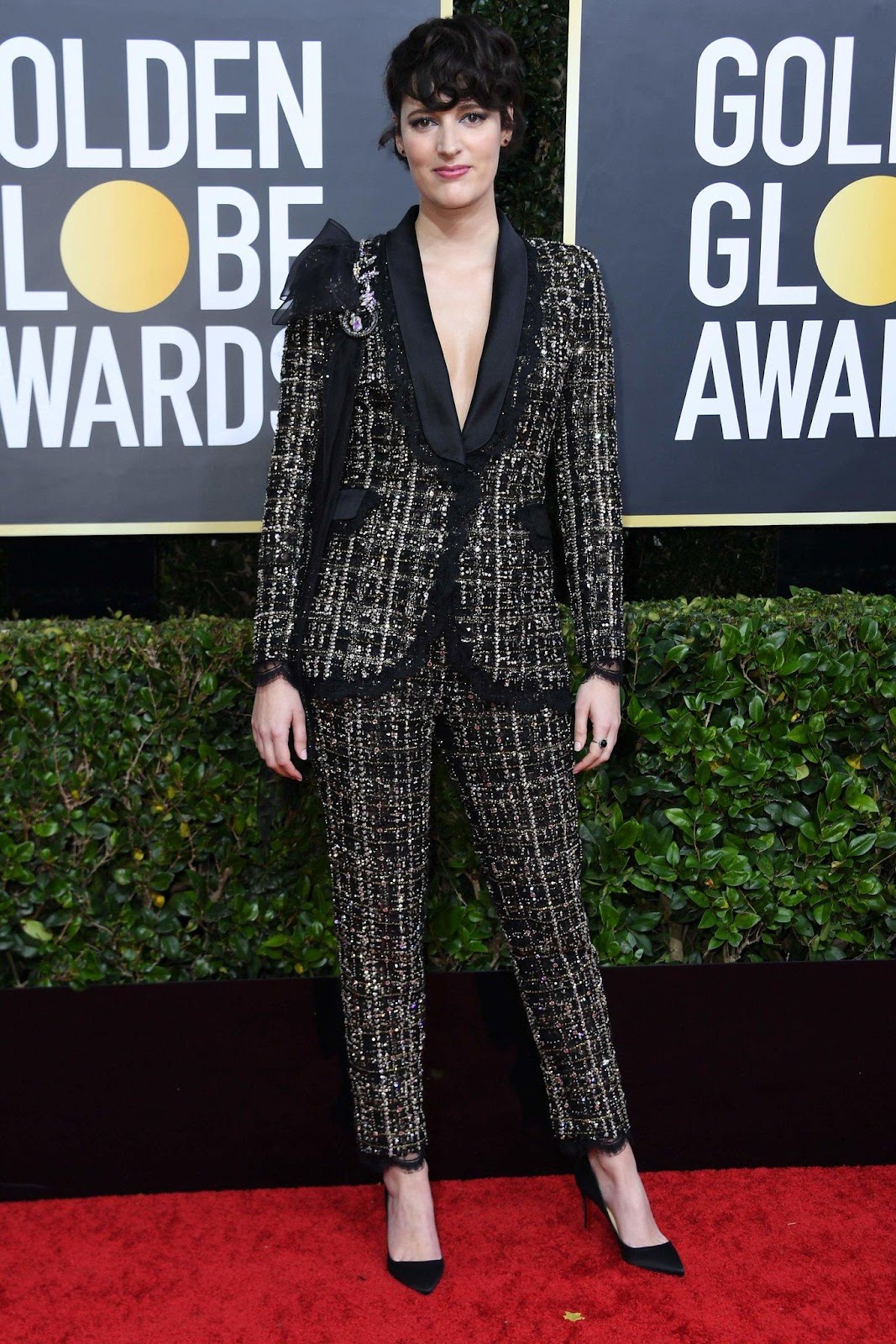 Wearing an embellished suit from Ralph & Russo, the writer and star of the TV series “Fleabag” pulled off a classy yet chic look that impressed everyone with her cool vibes. 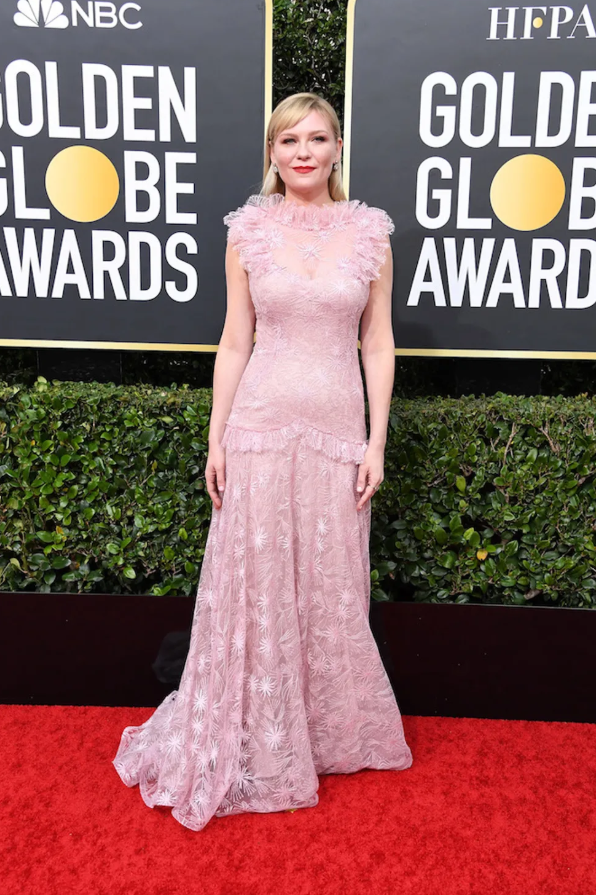 While the last time she attended the Golden Globes red carpet was four years ago, actress Kirsten Dunst didn’t disappoint after making her red carpet debut this year. Wearing a dress from Rodarte, the actress looked delicate and graceful as ever with all of the light pink embroidered lace, which Dunst picked out herself with her designers according to an interview with E!. 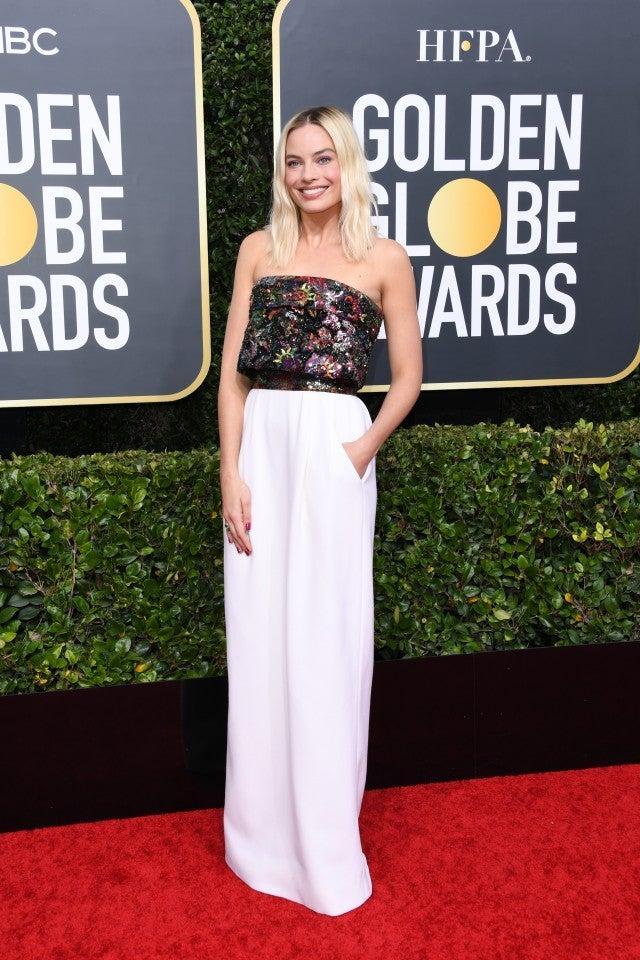 Glamorous and classic, the “Harley Quinn” actress Margot Robbie proudly wore powerhouse designer Chanel, which Robbie currently represents. Wearing a metallic sequined bustier top paired with a long ivory satin skirt from Chanel’s Fall-Winter 2019/20 Haute Couture collection, the 29-year-old kept it simple yet stunning as ever. Robbie also accessorized with fine jewellery from Chanel such as 18k white gold earrings. Did we mention that we love skirts with pockets? 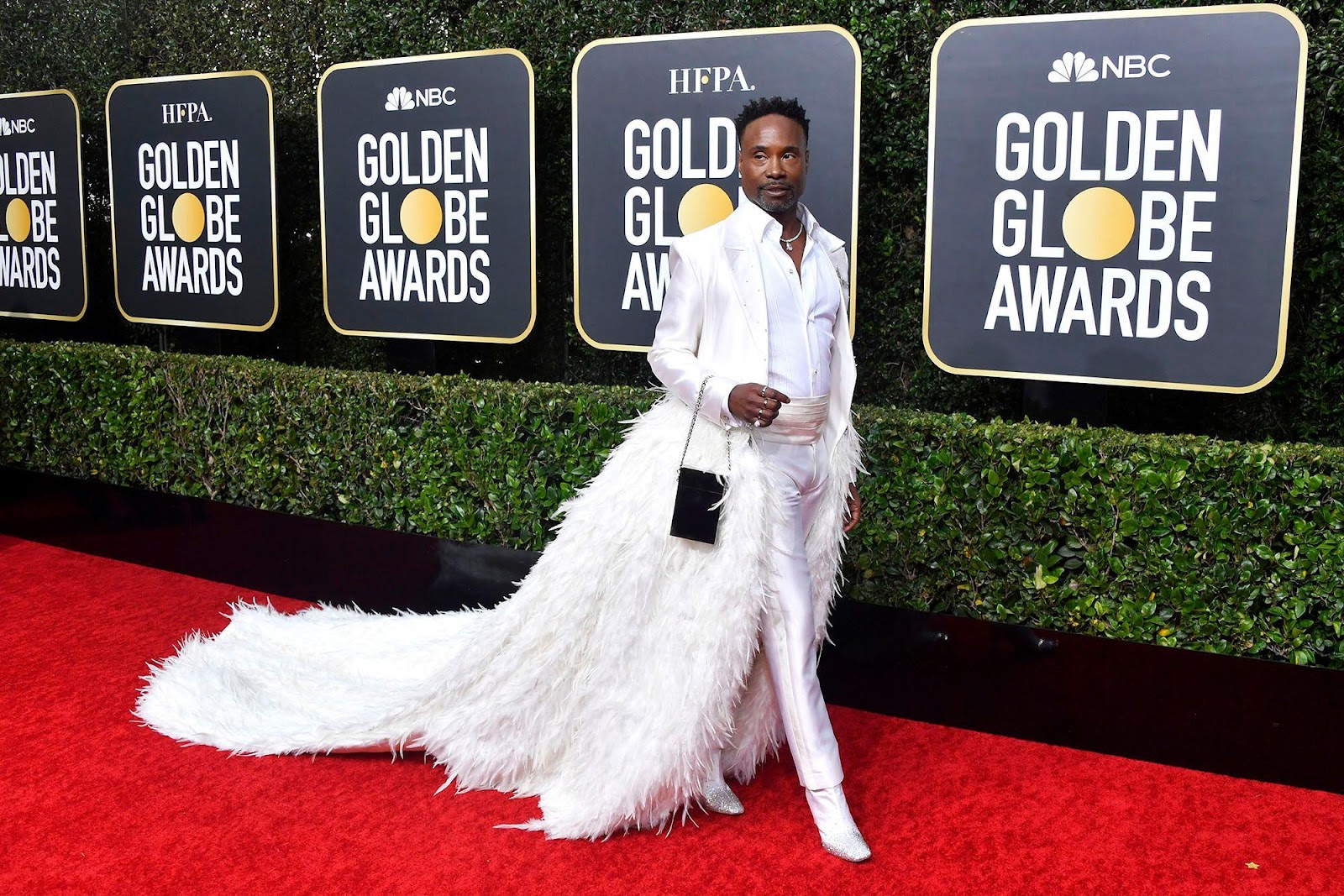 As expected, Billy Porter didn’t fail to make a statement with his brilliant attire. Donning an all-white feathered suit from Alex Vinash, the 50-year-old “Pose” star made a show-stopping entrance with his long-feathered train. Porter also accessorized with shoes from Jimmy Choo and jewellery from Tiffany & Co. 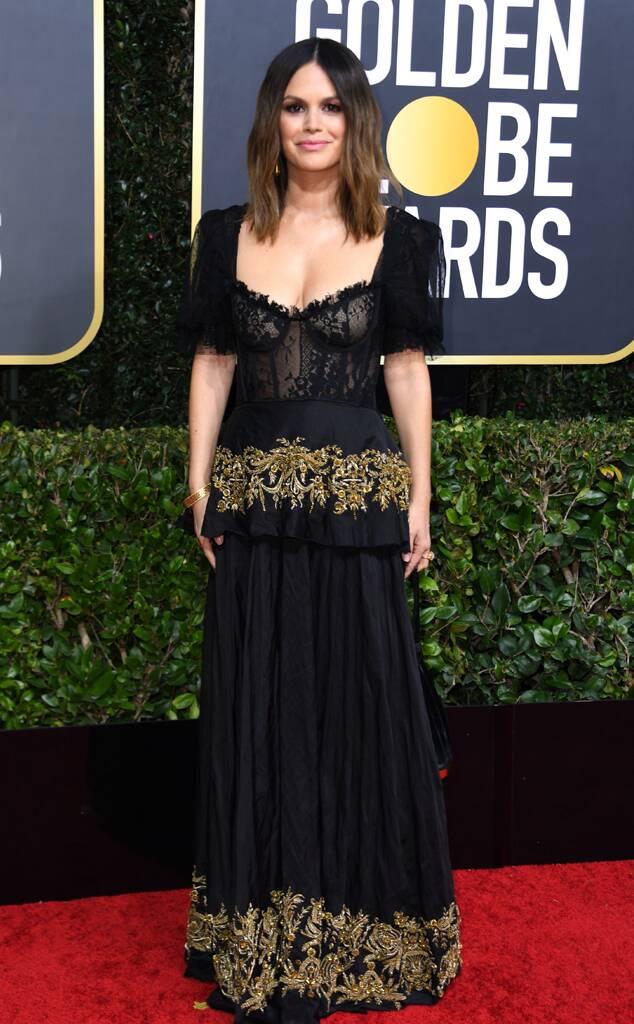 Aside from making her official couple debut with actor Bill Hader, actress Rachel Bilson caught our eye with her gorgeous black and gold gown from the Brock Collection. From the lace corset bodice to the gold embroidery, the “O.C.” actress rocked the sophisticated look. 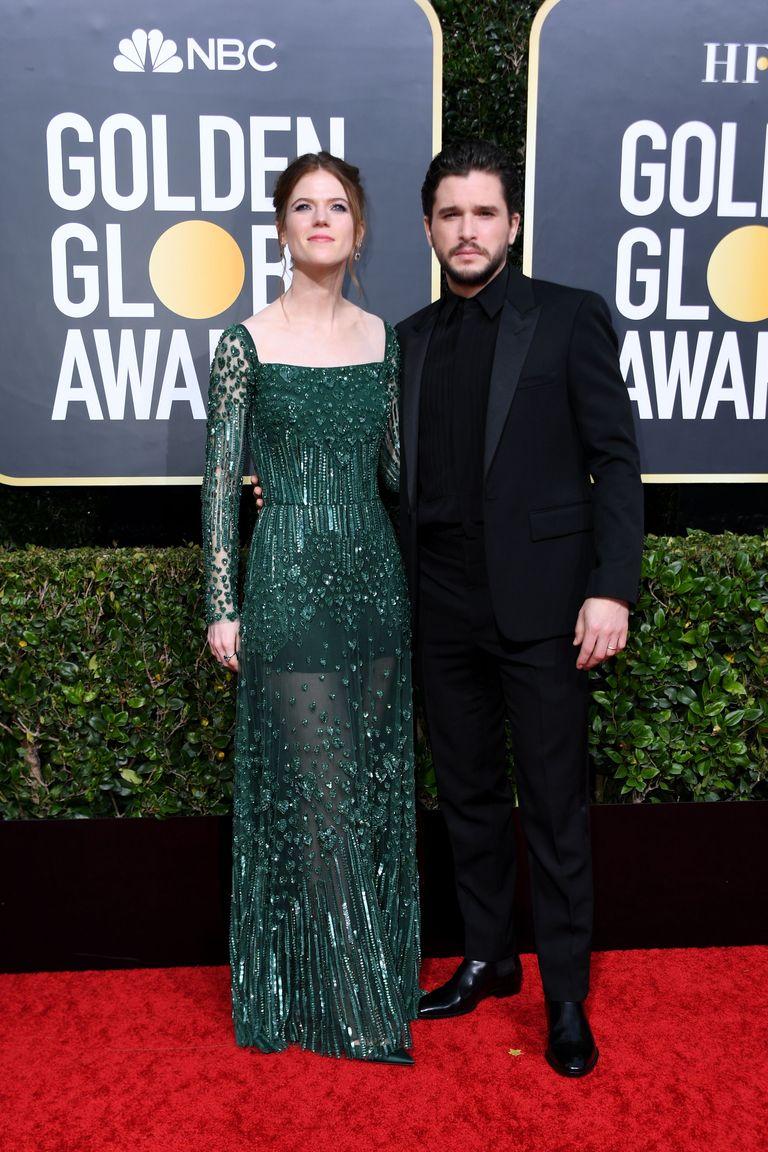 While Jon Snow and Ygritte may not have had their happy ending, “Game of Thrones” stars Kit Harington and Rose Leslie showed how happy they are together on the red carpet. Harington sported a minimalist suit from Yves Saint Laurent in all black. Leslie looked lovely in her emerald gown from Elie Saab, which she paired with a low classic updo and jewels to accessorize. 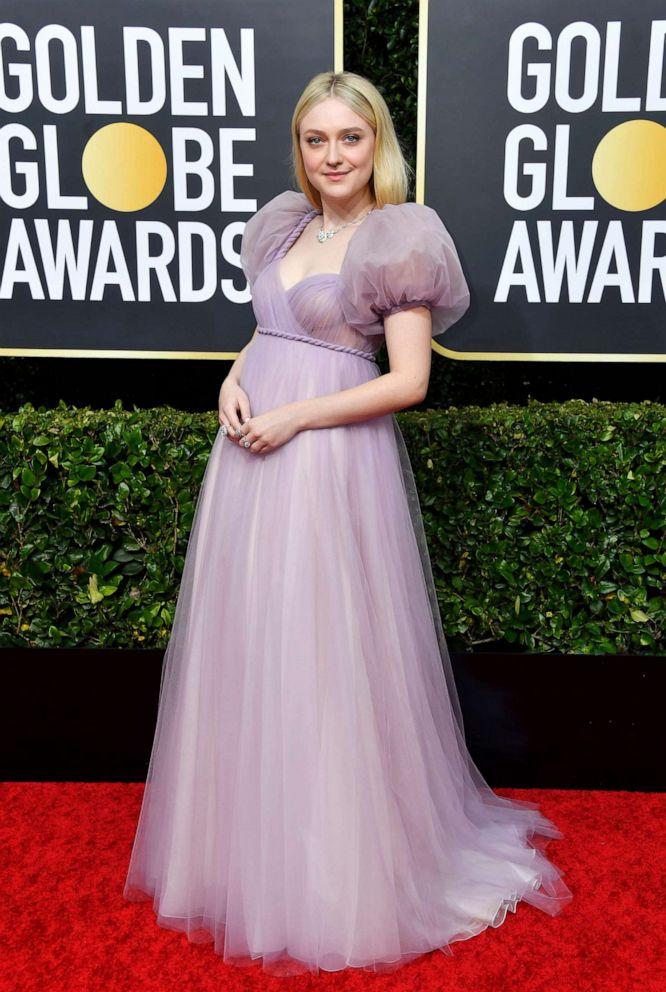 Like a princess straight from a fairytale, actress Dakota Fanning looked beautiful as ever with her mauve gown from Dior Haute Couture. From the puffy sleeves to the layers of tulle, the young actress showed that while she may be grown up and far from her child star roles, she can still pull off looking like a young Disney princess. 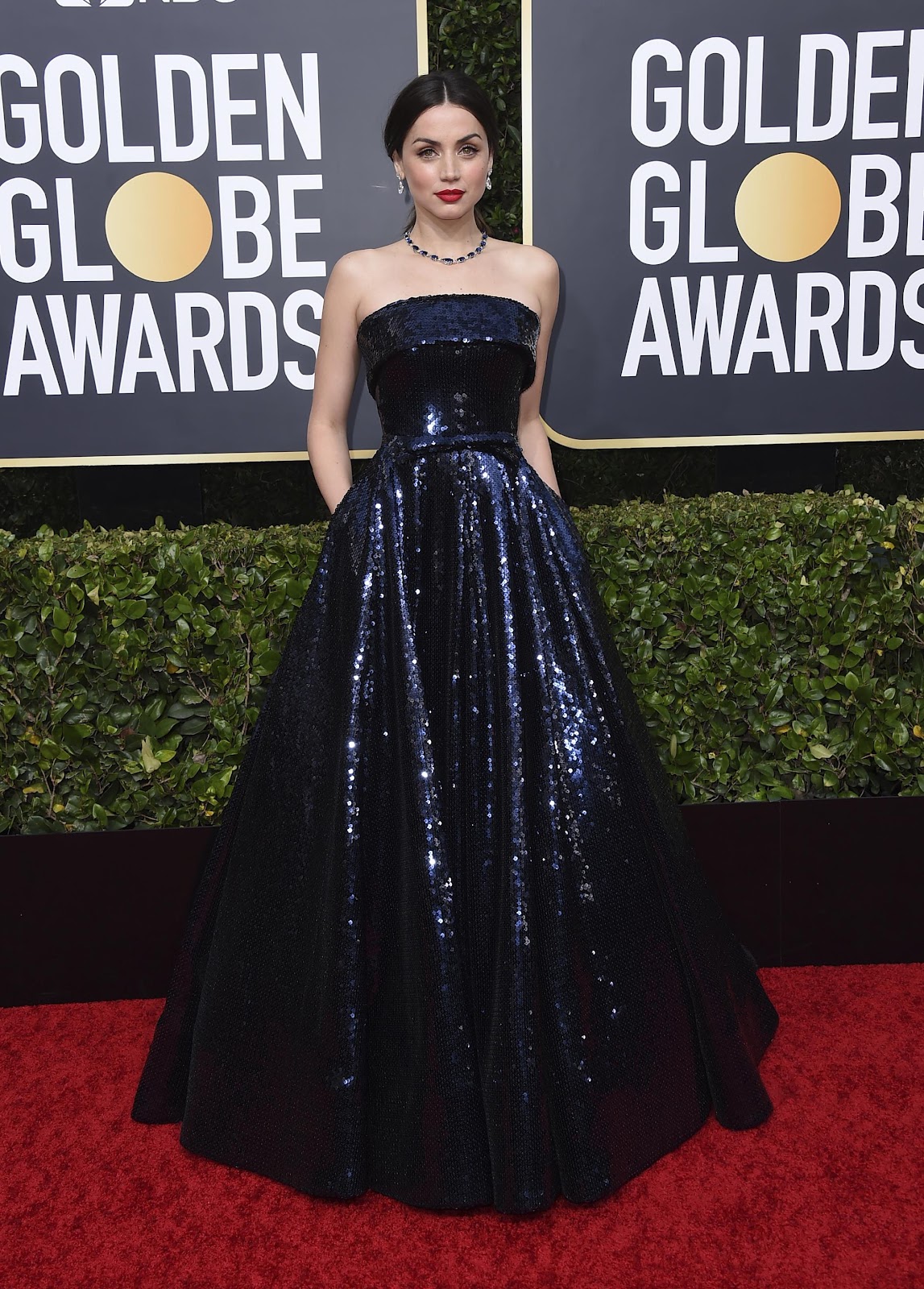 Dakota Fanning wasn’t the only one who brought princess vibes to the Golden Globes! The “Knives Out” actress Ana De Armas slayed the red carpet at the awards ceremony, making it her first attendance ever. Wearing a glamorous midnight blue gown from Ralph & Russo, the breakout actress sparkled as she was covered in sequins from head to toe. De Armas also accessorized with jewellery from Tiffany & Co., along with a loose choker necklace and bright red lipstick. 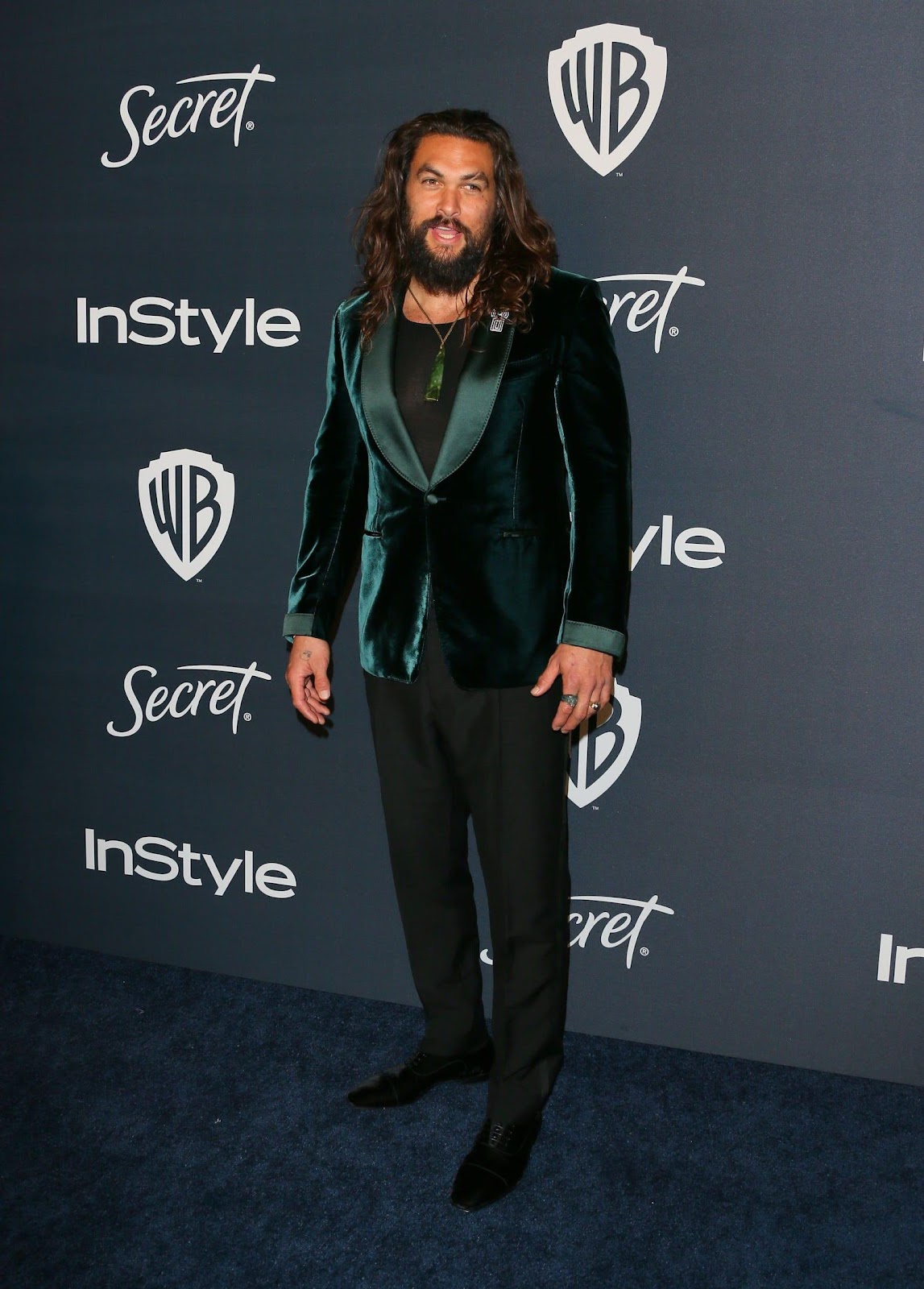 While Jason Momoa went viral for showing off his tank top during the awards ceremony to give his jacket to his wife Lisa-Bonet, not enough appreciation was given for Momoa’s attire for the night. The “Aquaman” star attracted many with his dark-green velvet tuxedo jacket from Tom Ford, dress pants from Valentino, Christian Louboutin shoes, and accessorized with Cartier jewellery, making the actor all the more desirable. 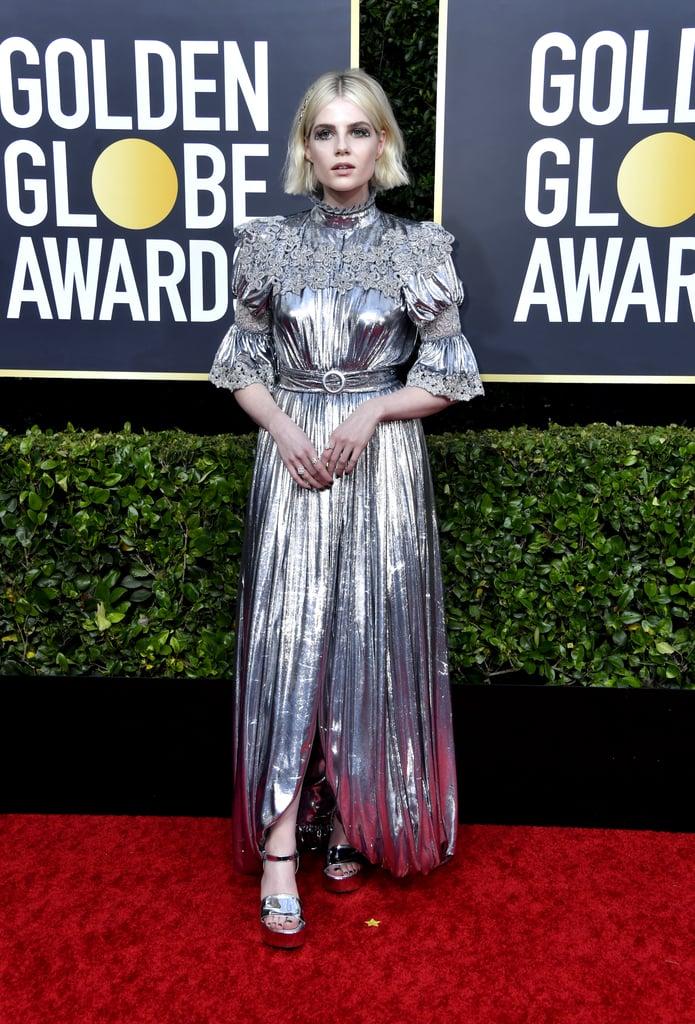 At a glance, Lucy Boynton is already stunning. But when you take a closer look at her detailed gown from Louis Vuitton, you’ll be even more mesmerized. "The Politician” actress hit the red carpet in all silver, making her stand out more than others with all that metallic shine. At a close, Boynton’s dress is made of 15 layers of velvet along with 8000 tiny glass beads embroidered into lace. The dress was said to have taken around 835 hours to make altogether, and the beautiful outcome proves that it was worth every second. On top of that, Boynton’s silver-gleamed makeup and icy-blonde bob complemented the look perfectly.